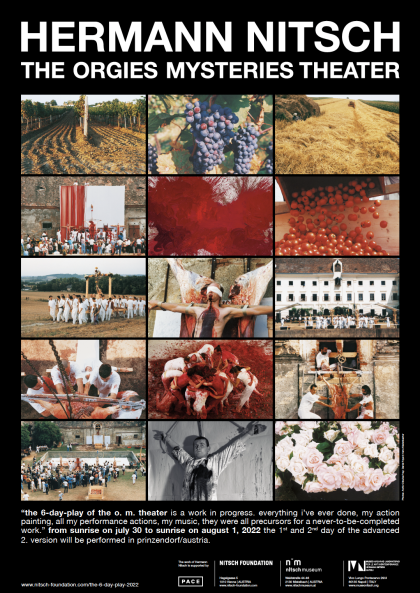 24 years after the first staging of the 6-day play (1998), this summer the total work of art is to once again be condensed into a concentrated interplay of all its components. It was the cherished wish of Hermann Nitsch (*29 August 1938 in Vienna; Ϯ 18 April 2022 in Mistelbach) that his 6-day-play will be performed this year in the new version.

The performances of the 1st and 2nd days are to take place on 30 and 31 July 2022 in Schloss Prinzendorf. Rita Nitsch is fulfilling Nitsch’s wish posthumously supported by a core team of Andrea Cusumano as musical director and Leo Kopp, Frank Gassner and Josef Smutný as directorial team. The other four days of the action are to be performed in the following years.

The festival for all the senses will be celebrated in and around Schloss Prinzendorf in Lower Austria, an hour’s drive from Vienna, where the artist lived and worked to the last.

The play’s course follows a symphonic concept with the attempt to make all senses experienceable in theater – taste and smell laboratories as well as smoking samples based on precise instructions from the score will complement the action. The arena for the performance is the castle grounds in Prinzendorf, encompassing all its rooms and spaces of its surroundings. The play participants can leave the setting at any time, go for walks in the surrounding fields or visit the wine cellars in the village lanes – and then return to the action happenings. The garden and courtyard, the mews, the granary, the gentle rolling hills with its vineyards, cornfields, and fruit trees, as well as the cellar lanes of the village, will be integrated into the performance and form the atmospheric backdrop.

The play participants are called on to sense and perceive what happens intensively as possible, to forget the variegated outside world and descend into the abysses of our being, but then ascend into radiant light. The festival ends on August 1st at sunrise – all the actors and the participants, embrace and kiss (as scored by Nitsch) and leave the location “intoxicated with being”.

The booklet of the 2. Version of the 6-day-play can be downloaded here

Prices for participation as viewer including food and beverages.

more about ticketing and the registration procedure: www.nitsch-foundation.com/the-6-day-play-2022-info

Hermann Nitsch is a member of the copyright collecting agency Bildrecht GmbH.

All film and photo shootings must be arranged and approved in advance. Because the shootings are supervised by the Press Department of the Foundation, we kindly request appropriate notice for commercial shootings and press work not related to any urgent reporting needs. 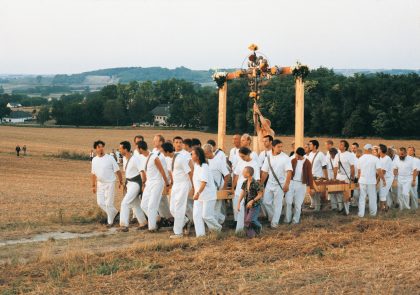 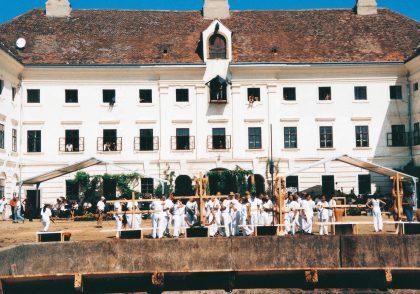 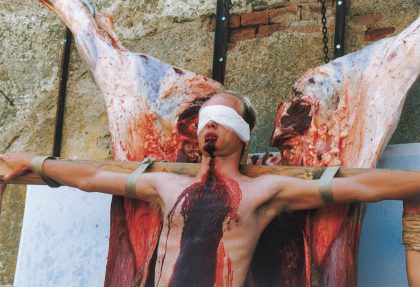 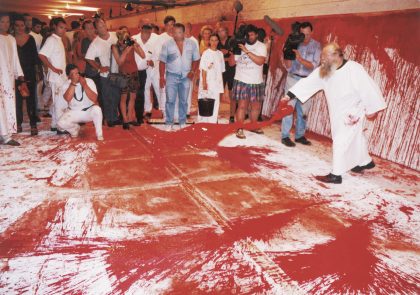 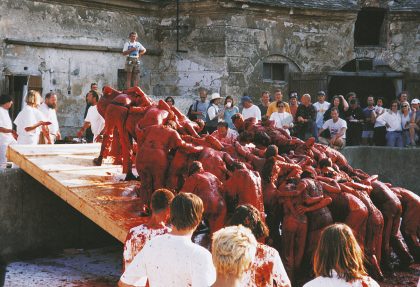 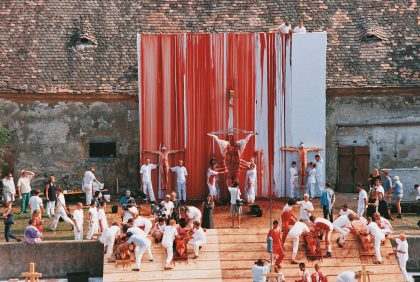 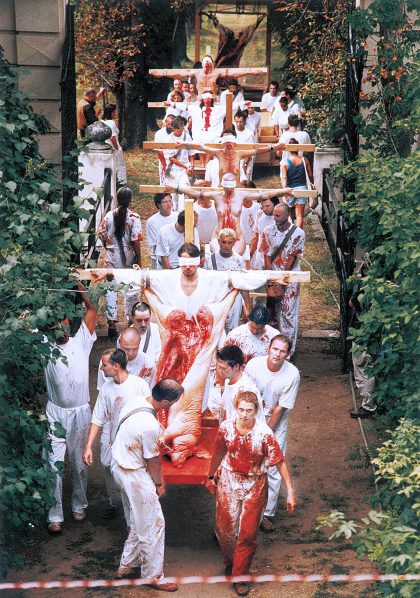 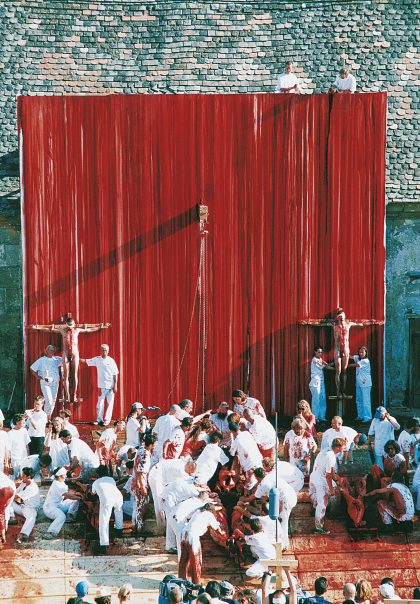 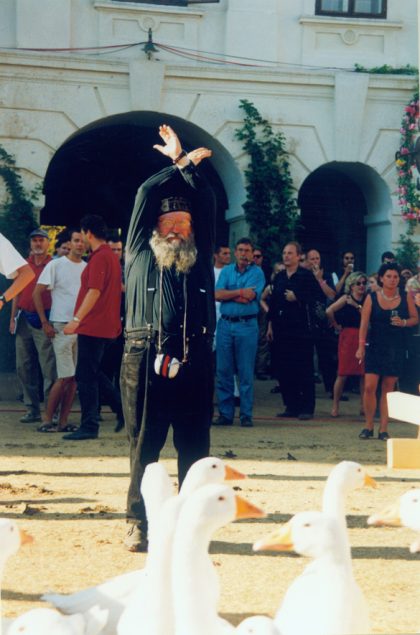 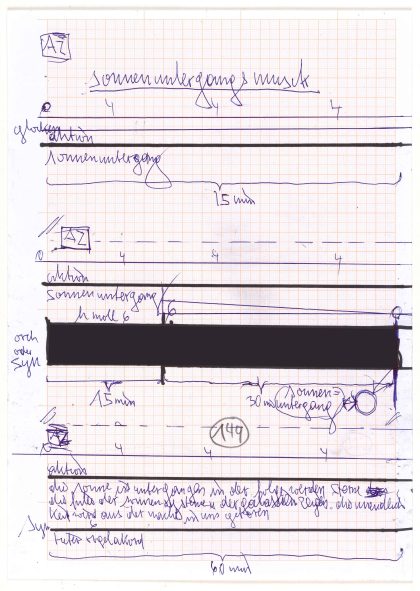 Page 149 from the action score "the 6-day-play. 2nd version" by Hermann Nitsch 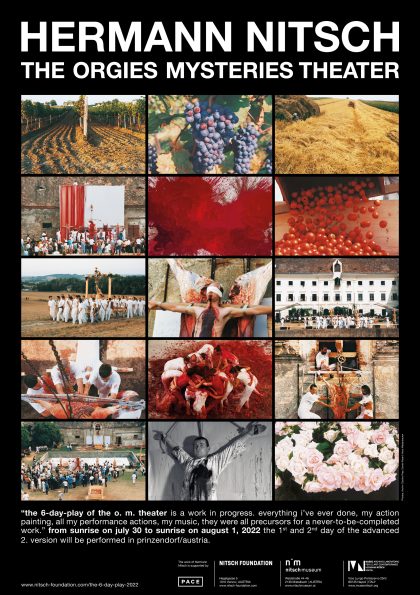