Just before completing his training at the Graphische Lehr- und Versuchsanstalt in Vienna with a diploma (1953-1958), Nitsch takes a position as a commercial artist at the city’s technical museum in 1957. Privately Nitsch focuses his artistic interest initially on Expressionism, which he links to mostly religious figurative scenes. Beginning in 1960, following a period in which Nitsch had turned more towards literature, he returned to painting, creating works in the Arte Informel style. It is in this year that the first painting actions take place, and already they are seeking to realize the idea of the Theatre of Orgies and Mysteries. Revolving around the intensive sensory experience of various substances and fluids, these actions become increasingly provocative in the coming years. Following screaming and noise action performances, conceived as abreaction plays, Nitsch undertakes the dismemberment of lambs, which lead to further actions involving flesh. After the Theatre proves a resounding success in the US and Germany at the end of the 1960s, Nitsch performs numerous actions throughout the 1970s in cities across Europe and North America. In a changed political and social climate, Nitsch can now establish himself as a universally recognized creative artist.

In 1971 Nitsch is able to acquire Prinzendorf Castle in Lower Austria from the Catholic Church, a purchase that allows him to now also realize his musical ideas for his theatre in large-scale action performances. Noise orchestras, scream choirs and electronically amplified instruments all play a part. Nitsch interprets life as passion, the painting process as a condensed form of life and thus as the very incarnation of passion. Through the painter smock he wears while working, subsequently positioned centrally in the painting, the artist remains present and animates the viewer to identify with the painting process and accompany him into the painting.

The highpoints of Hermann Nitsch’s projects are the “three day play” of 1984 in Prinzendorf or the cycle of pour paintings he creates in 1987 at the Vienna Secession. The ideal of the “six day play” is performed in 1998 – this involved the participation of 500 people in an action that opened up a new dimension of excessive and tragic experience. Since the 1990s Nitsch’s art is increasingly honoured in a series of exhibitions, which are frequently accompanied by performance actions by the artist. Of particular significance in this regard are the two major retrospectives in the Essl Museum and subsequently at the Martin Gropius Bau in Berlin, or the tribute to Nitsch through the 2019 exhibition in the Albertina in Vienna.

A standard monographic work of almost 1000 pages, “Hermann Nitsch – Das Gesamtkunstwerk des Orgien Mysterien Theaters”, testifies to the immense activity and relevance of his person. Recently, Nitsch has increasingly devoted himself to the theme of resurrection in his painting and was most recently able to realize a painting action at the Wagner Festival 2021 in Bayreuth by invitation.

Hermann Nitsch lived and worked at Prinzendorf Castle by the Zaya River, Lower Austria, as well as in Asolo, Italy. His works are exhibited in the two monographic museums in Mistelbach and Naples as well as in the Nitsch Foundation in Vienna and in prestigious international museums and galleries.

Hermann Nitsch passed away in peace on April 18, 2022 after a serious illness at the age of 83. 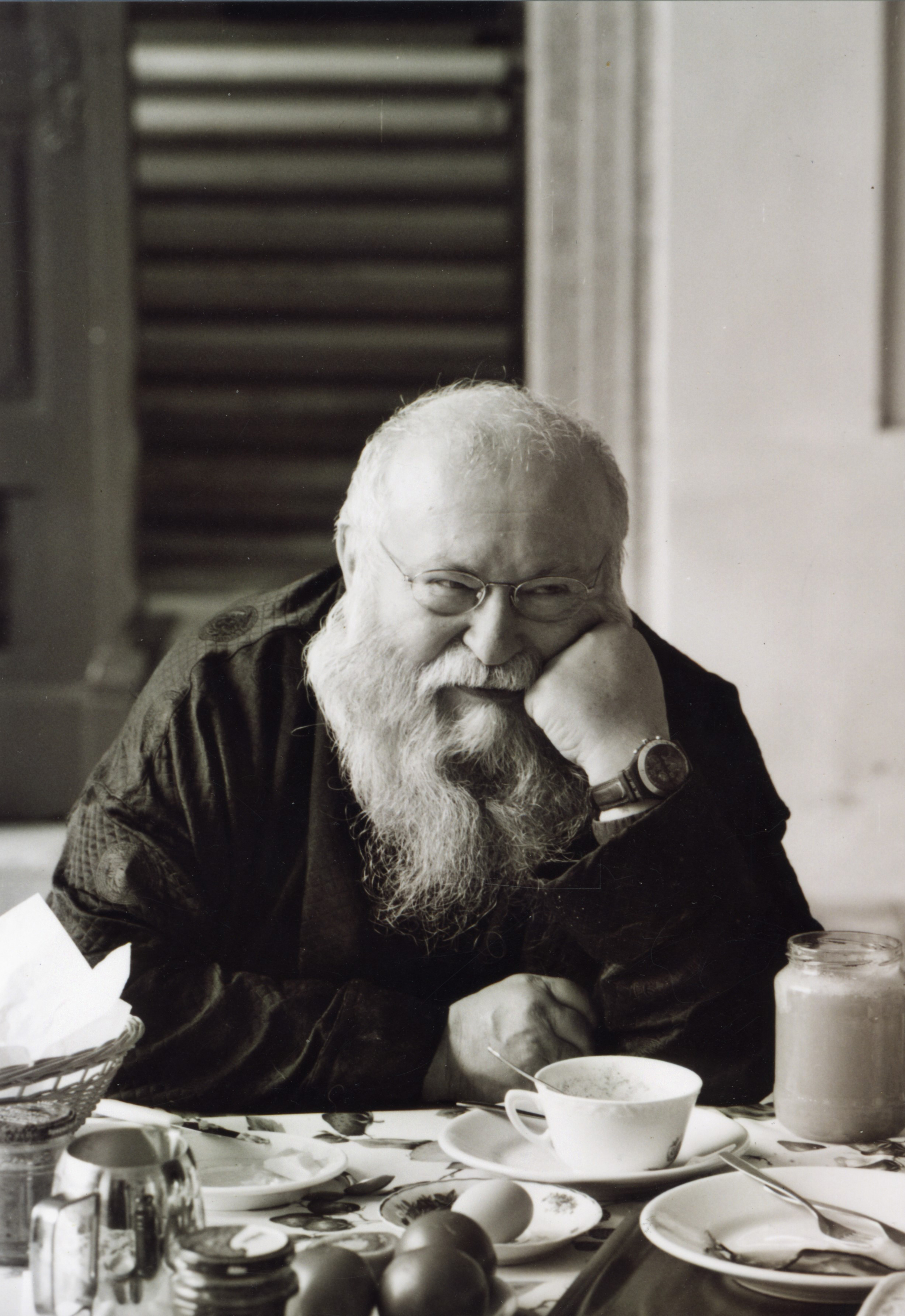