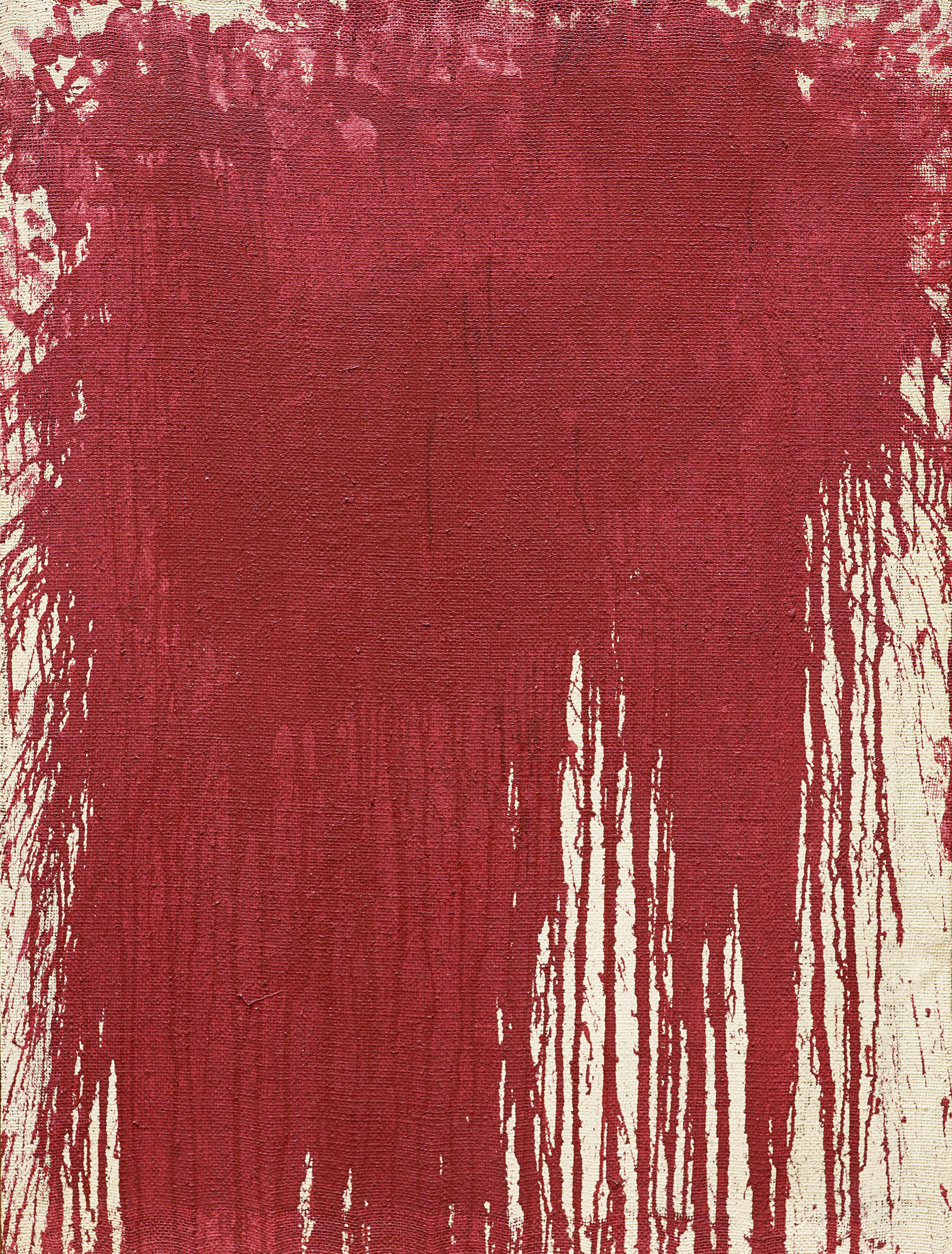 During an action, tools that Hermann Nitsch defines in his scores, such as cotton cloths, stretchers and shirts, are stained with blood or sprayed with paint, regardless of their later use as exhibits.

“already my early action paintings of 1960-63 tried to capture and preserve the essential event of the (sensual) excitation triggered by the painting process on an image surface. this seismography of excitation was only partially successful. the painting process became so essential that it increased into action, the conservative world of thought and representation of the image surface was abandoned, broken through, the allegory of the image surface gave way to direct reality. blood, hot water, raw meat and intestines were used instead of colour. the liquids splash in the room. bringing the real event to life inevitably creates a complete work of art. reality can be felt with all the senses.

after years of damning all static results, i became interested again in the conservability of action impressions. i realized that besides the photographic documentation, the natural staining and staining of action materials (white fabric, changes and measuring robes) during the action was more accidental and wonderful than the intentional of my early painting could. stained, splashed and spilled cloths and watercourses became relics of the events that are closer to me today in terms of capturing a spontaneous event than my early painting.” – Hermann Nitsch, Tools and Relics of the O.M.Theater, 1978, in: “Das Orgien Mysterien Theater. Manifests, essays, lectures”, 1990, p. 113.

Hermann Nitsch is a member of the copyright collecting agency Bildrecht GmbH.

All film and photo shootings must be arranged and approved in advance. Because the shootings are supervised by the Press Department of the Foundation, we kindly request appropriate notice for commercial shootings and press work not related to any urgent reporting needs. 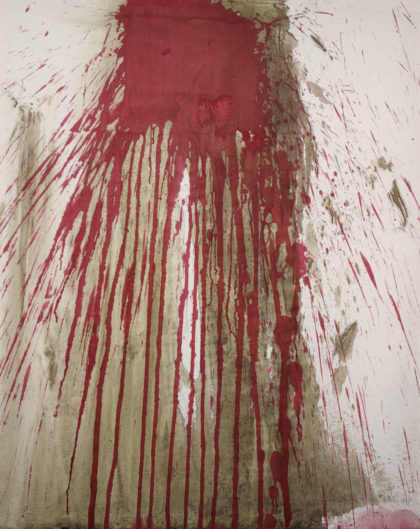 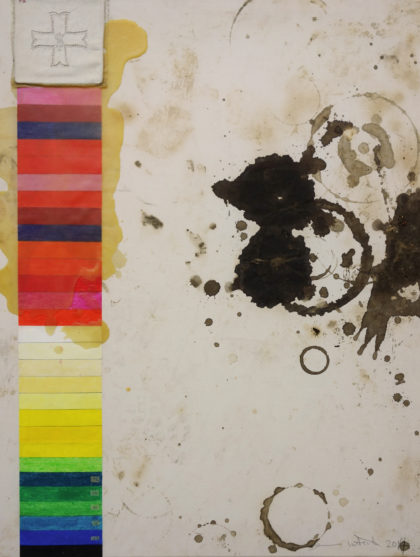 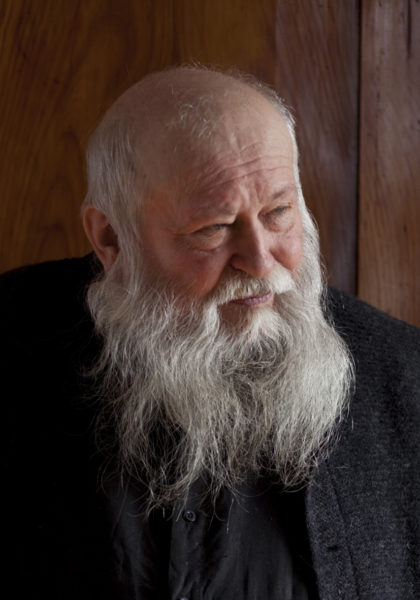 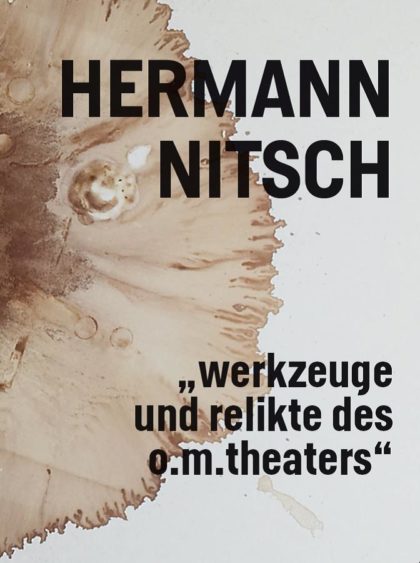