Screening of the 155th action performance 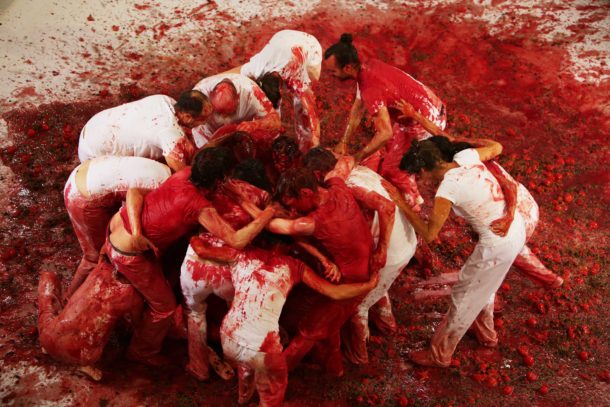 During the PARALLEL VIENNA 2018 the Nitsch Foundation shows a LIVE-recording of Hermann Nitsch’s latest action performance.

On the occasion of his 80th birthday, Hermann Nitsch created his 155th performance with a large symphonic accompaniment. Andrea Cusumano conducted it with the orchestra of the Klangvereinigung Wien, the Stadtkapelle Mistelbach, the Chor con cor from Mistelbach and the Musik- und Gesangsverein Asparn an der Zaya. The action was premiered on  September 1st, 2018 at the nitsch museum Mistelbach with 40 performers.

All those who have not received tickets for the sold-out event in September will have the opportunity to get an impression of an action performance by Hermann Nitsch.

“one of the basic ideas of my theatre is to realize an event. the recipient of my actions is not a spectator but is a participant in the game and part of the event. we are not in a theatre with ordered rows of seats. the event will be standing as it is the case with many events. the reality is the case. the dynamics the action requires a natural movement. one evades processes or tries to observe them better. the players the dramatic events that have taken place physically and psychologically moved. the gesamtkunstwerk requires the intensity of all sensual perceptions.” – Hermann Nitsch

Special thanks and recognition to all employees of TGV Filmproduktion for the great recording!